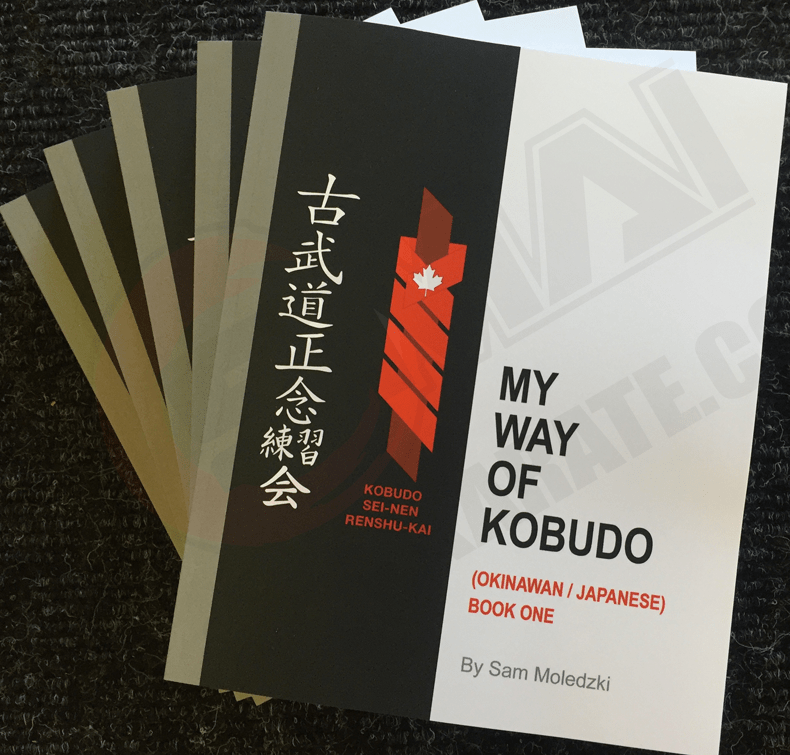 My Way of Kobudo – Sam Moledzki

“My Way Of Kobudo” Book One is an introduction of various Okinawan and Japanese ancient Martial Arts weapons including the Bo; Tonfa; Kama; Sai and the Nunchaku Kata (patterns/forms) along with some appropriate analysis of the weapons suitable for the beginner to advance level practitioners.

Author Sam Moledzki, 7th Dan Shihan, World Shito Ryu Karatedo Federation, is a dedicated student of Okinawan and Japanese Kobudo. His introduction into Kobudo and Karatedo began in 1967 and Sam has continuously studied, demonstrated and taught the Martial Arts of Kobudo and Karatedo in many countries around the world.

My Way of Kobudo – Sam Moledzkiposted by SMAI Karate